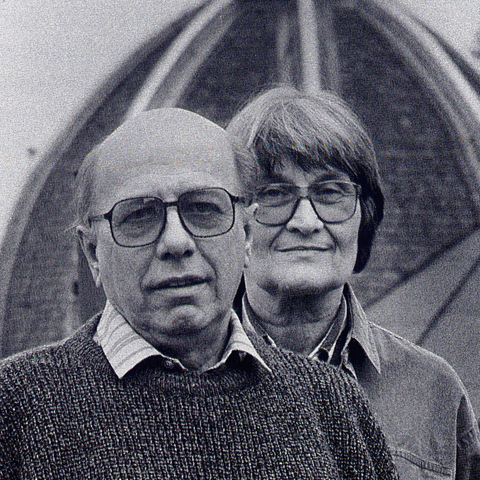 Stanislav Libensky and Jaroslava Brychtova are the first artists to  explore the relationships between Liuli and light. And with their  discoveries, the couple created possibilities. Departing the change in  form, they allowed people to walk directly into the clear forms to  explore alternate planes. The pyramidal shape’s simple three lines  appear multiplied when viewed through different angles. Three Vs, three  inverted Vs, sometimes they all disappeared but one–the original V on  the original plane. External changes created internal variance and in  turn, created thought-provoking dialogue.

The Couple from Prague

— 40 Years of Liuli Art from Stanislav Libensky and Jaroslava Brychtova

In the past,  the city of Prague  invoked images of Kafka and Dvorak.   Descending into the swirling snow by airplane, sounds of Smetana’s My Country rang through my ears.

When I first visited Prague four years ago, the taxi driver  showed me great courtesy. It impressed me very  much.  Today,  Prague is quite different.  The  streets teem with tourists and crossing the Charles Bridge  is virtually impossible.

“We don’t go  into Prague  often, it is too much to handle”. Jaroslava Brychtova says.

Married in  1963, Stanislav Libensky and Jaroslava Brychtova are also good partners for forty years. They stand at the pinnacle of contemporary  Czech Liuli and educators of Liuli art.

In April of  1994, Corning Museum of Glass paid tribute to the pair by hosting the  exhibition “Stanislav Libensky and Jaroslava Brychtova: a 40-Year Collaboration in Glass”. 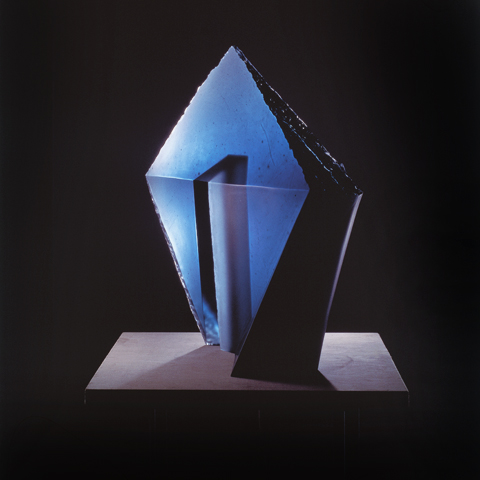 “One excellent artist and  the other outstanding scientist both push Liuli craft and art upon the top  level through their hard work, including sculpture and architecture movement.  Being a Liuli art irradiator, they show up their wisdom, passion, and striving.”

Libensky and  Brychtova were invited to attend the 1995 Taiwan International Glass Art  Exhibition.  Upon leaving the airport,  Libensky and Brychtova went directly to the exhibition, shed their shoes, and  clad only in white socks went to aid in the setup and installation.  Brychtova with her towering presence, long  silver hair, and casual demeanor showed us to understand how passionate the artist is.

I meet them every two year.  Jaroslava seems much younger than  her 73 years.  With a straight back and  commanding voice, her eyes sparkle with life.

Exuding warmth and sincerity, we stopped and shared a  conversation.  She talks to me like a  peer, like us on the same  level.  She told me that I had touched into the deep meaning and soul  of glass. I was only two when she and Libensky began their collaboration in glass art.

In front of this lady, who has spent her entire life working  with glass, I reminded myself to be humbled.

Her compliment me represents her open-minded attitude. I think.

As a guest in their home, sipping on their sweet wine  mulled from wild flowers, I felt deliciously intoxicated.  The small space I sat in was spotted with  aboriginal art collected from their travels around the world.  Little figures of people and horses, it seems like standing around in preparation for  flight.

The couple prepared snacks to serve their guests on a silver platter as big as a table.  Those snacks are piled on top and are enough to treat more than forty to fifty people.  It is their humanistic generosity  and sincerity, so that it translates into their art. 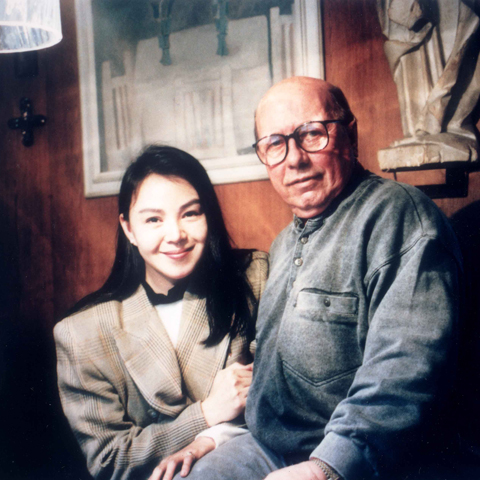 The couple’s  artistic intentions are shown apparently through their art.  Their work transcends the clay form to create  a brand new world in its place.

This Liuli  creation is a dramatic departure from the traditional Liuli accessory, straying  into the territory of sculptural art.

Libensky  muses, “By introducing Liuli to architecture,we can create a new role through the illumination of light.”

The glass  masters’ work can be seen throughout Prague.  In the windows of an old cathedral, the grand  hall of a hotel, even the facade of Prague’s  National Theater has been touched by the couple.

Libensky and  Jaroslava’s work has evolved from purely modern sculptural art from the traditional to creating a discourse in the properties of  modern Liuli.

“Brancusi was  an artist who captured our hearts…”

Running  through the mud, two dogs frolic past the couple as they walk toward their  workshop.

Libensky was  appointed professor at the Prague   Academy’s glass  department in 1963 and his 25 year stint greatly shaped the core of  contemporary Czech Liuli art.  There is  not a single professional in the field who has not passed under the tutelage of  the couple.

I felt a  heavy pressure after visiting ten plus artist workshops.  The cultural integrity of the country as a  whole was simply staggering.

Music,  philosophy, and plastic arts shaped by tradition permeate every aspect of  everyday life.  Pass by any person and  you might hear the hum of classic musical under their breath; every verse from Smetana  is as familiar as the back of their hands.

Aside from Slovakia, there are three professional  Liuli schools in the Czech   Republic.  The expanse of these schools goes without  saying but it was the gentle dips in the massive stone steps worn down by half  a century of footsteps that left the strongest impression.

The streets  of modern day Prague  teem with tourism.  It cost me 50 koruna  to travel from my hotel to the city center by taxi.  Getting into another taxi on the way back, I  was told it would be 200 koruna.  When I  gave the driver 100 koruna upon arriving at the hotel, the change I got back  was in the form of a cursory “good-bye”.   I stepped out of the car and on to a cobblestone road unchanged since  the 9th century.  I walked along and  thought of Barbra Streisand’s Yentl.   This was the street of her heart’s vision because there is no other  place in the world with such a complete sense of history.

Prague, Prague  – where is our Prague of China?

I miss the  old taxi driver at the airport who took my bags with such courtesy.  He spoke it in elegant English, “We are deeply proud of our  history.”

Compared to  us, is it easier for Stanislav Libensky and Jaroslava Brychtova to take their  rightful place in Czech history?

I must ask them when  I return to Prague  next time.