Guest Instructor at The Studio at Corning Museum of Glass

Loretta H. Yang is the pioneering artist behind contemporary Chinese liuli glass.  She has devoted her life to the art of liuli for close to three decades and in the process has revived the ancient Chinese technique of glass casting and instigated the contemporary glass art movement in Asia.  Yang’s creative artistry was honed during her work as an acclaimed actor in the 70s and 80s.   A two time recipient of the Best Actress Award at the Golden Horse Awards and Best Actress Award recipient at the Asia Pacific Film Festival, she left the industry at the height of her career to pursue the calling of contemporary liuli art.  Yang’s sculptures are imbued with a rich Chinese heritage and have been acquired for the permanent collections of renowned museums including the Victoria and Albert Museum in London, The Palace Museum at the Forbidden City in Beijing and the New York Museum of Arts and Design in New York City. 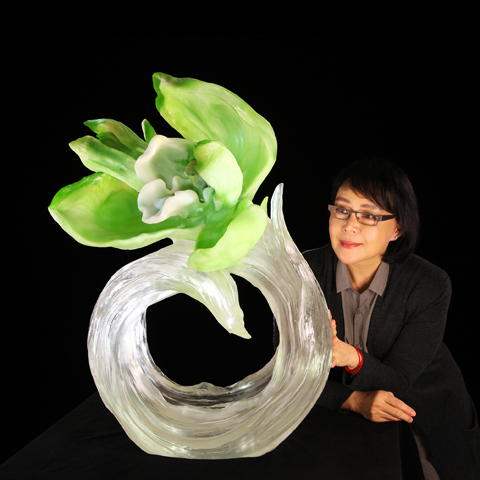